Sorry for the influx of Japanese film reviews, but this one is actually one of my favourite feel good Japanese films of all time. “Lovely Complex” is a 2006 film that stars Ema Fujisawa and Teppei Koike as the main leads.

Lovely Complex is a live-action movie based on the Japanese Manga of the same name. It is a story of two students, a boy who is 159 cm tall and a girl who is 170 cm, who eventually get together and fall in love with each other, despite their height complex.

If your’e looking for an enjoyable and entertaining laugh sit down, check out this movie and laugh along with the goofy characters. If you’re having an awful and sad day, watch this movie anyway. It will brighten your day and turn that frown upside down with its ridiculous gags and tender and sweet moments. 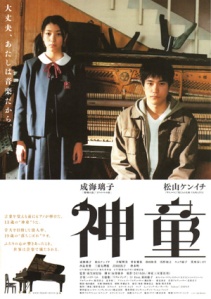 A while back I watched a 2007 Japanese film called “Shindo”, starring Narumi Riko, Matsuyama Kenichi, Satomi Tezuka, and many others. I came upon this film after finding out Matsuyama Kenichi starred in it. I’m a fan of him and enjoyed his performance as L in the “Death Note” live action movie. I have also seen watched Narumi Riko in the Japanese drama, ” One Liter of Tears” before, and I think she’s wonderful as well. So, seeing them both in this film compelled me to give this movie a shot.

Shindo is a Japanese movie that portrays a thirteen-year-old piano prodigy Uta (played by Narumi Riko) who has been in a detached slump ever since her father disappeared. With her mother (played by Tezuka Satomi) struggling to make ends meet, Uta was forced to leave her old house and piano behind – her father’s piano, the only piano she wants to play. Much to her mother’s dismay, she keeps skipping her piano lessons, distancing herself even more from the people and places around her. She starts to open up when she meets 19-year-old aspiring pianist Wao (played by Matsuyama Kenichi), with whom she develops an unlikely friendship. Adapted from a Saso Akira manga, Shindo follows the subtle growth and emotions of a sullen piano prodigy and an aspiring pianist with plenty of heart but little skill. Quietly laced with teen angst and classical crescendos, Shindo is a restrained drama feels alive and three-dimensional.

Check out the trailer below:

In recent news, Frozen has become one of the highest grossing animated films of all time. Aside from being an all around feel good movie, I think Frozen’s soundtrack contributes to a large portion of its ever growing popularity. Since watching the film, I’ve been obsessed with “Let it Go”, which is sung by Elsa, who’s voiced by Idina Menzel. The song was playing on loop for days after my initial watch and I would go on youtube to listen to all the different covers sung by other musicians. My favourite version is still the original, but the one sung in multiple languages released by Disney is a very, very close second. I actually posted a video of that a few weeks ago, so if you haven’t listened to it yet, you can go back a few posts and check it out.

The other day, I stumbled upon a video of Kristen Bell, who voiced Anna, singing “Do You Want to Build a Snowman” live. So, I thought I’d share it on here because she sings it so amazingly well and impersonates the voice of young Anna perfectly! Anyways, here you go: 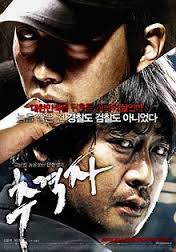 This post will be about a korean thriller film that I watched a while back. It’s a widely popular thriller amongst the korean and international audience. It’s called “The Chaser” and stars Kim Yun Seok, Ha Jung Woo, Seo Young Hie and Kim Yoo Jeong.

It’s about a corrupted detective Joong Ho (played by Kim Yun Seok) who became a pimp to make ends meet. Recently a number of his girls disappeared and he  assumed they ran away without paying their debt. While trying to track them down, he continues to do business. When he receives a phone call from a client, he realizes that this client was the last person his vanished girls met up with before disappearing. Unfortunately, before coming to this realization, he had sent off one of his girls to this client. Is it too late?

This film really kept me on the edge of my seat. It fits the very definition of its genre, the most thrilling thriller ever! Even until the very end, it kept it me guessing and scared for the lives of the characters.

Check out the trailer below:

School has been very stressful lately. Thus, I haven’t had the chance to watch any new movies lately. It’s too bad because I do have lots of movies I want to watch and just lose myself in. Actually the desire to watch movies increases as my workload increases. It absolutely stinks to have to fight the urge to watch a movie and procrastinate, but I have been fighting it off because there simply isn’t enough time in the world to catch up on all the work I have to do. My head feels heavy thinking about all the things I have to do and I just feel so overwhelmed. I’m sorry this post is just a random short rant of things. I hope my next post will be movie related, but we’ll see.

A friend of mine told me recently that there will be a sequel to Pitch Perfect coming out in 2015. I loved Pitched Perfect and I think it was very well received by the general public. Initially, I was hesitant to watch just because I judged too quickly and thought it would be one of those typical teen comedy films that didn’t have too much substance. Although, admittedly, Pitch Perfect isn’t some super meaningful and philosophical movie, it is a very entertaining film. The actors and actresses were cast perfectly for their roles, especially Fat Amy (played by Rebel Wilson). I had only seen her in Bridesmaid at the time, but after watching Pitch Perfect I quickly became a fan. She’s a very funny person and definitely chose the right career path. If you’re looking for a fun, entertaining musical film with lots of humour and a twist of romance, I suggest you definitely check out Pitch Perfect now! Then, we can all await the release of the sequel.

So, this isn’t going to be another movie review or recommendation. I just wanted to share with you an amazing cover by a talented acapella group called Pentatonix. I believe they formed in 2011 for a singing competition and two of the members joined the group the day before they auditioned. I’m not sure if I’m correct about the latter, but in any case, two of the members had joined the group right before they went on to compete. Despite that fact, the group’s harmony and chemistry just blend together so well. Their voices come together and just melt your soul! They’re absolutely incredible and you would never have guessed they were a newly formed group based on their first performance.

One of my favourite songs recently is by A Great Big World called “Say Something”. Pentatonix made a cover of that song very recently and I just wanted to share with everyone. It’s a beautiful song and their harmonization and acoustics made it even more heartfelt and mesmerizing. Enjoy! 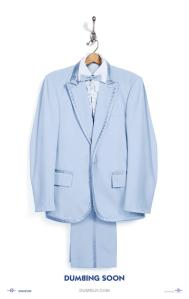 Who’s looking forward to the highly anticipated sequel to the 1994 comedy film Dumb and Dumber – Dumb and Dumber 2? I am, that’s for sure! Dumb and Dumber remains one of my favourite 90s comedy film from my beloved childhood. There’s a certain charm that old movies have, especially those enjoyed as a child. I guess it’s that feeling of nostalgia that you get when you rewatch old videos and go down memory lane again. It’s like the same feeling you get when you listen to old songs and the feelings from that time you first listened to that song comes flooding back to you. Oh man, I love that feeling. Such a fleeting feeling. Anyways, I cannot wait to see Jim Carrey and Jeff Daniels reunited as our favourite goofy, loveable dumb duo. 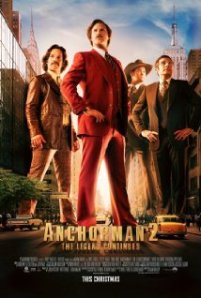 On Friday I watched “Anchorman 2: The Legend Continues”. I had been waiting for the dvd to come out and was ecstatic to finally watch it. I love most of Will Ferrell’s movies and “Anchorman: The Legend of Ron Burgundy” was fantastic, so I just knew Anchorman 2 would be epic. Not to mention an astoundingly hilarious cast with all  my favourite comedy actors: Will Ferrell, Steve Carell and Paul Rudd all reunited in the same movie again. It contained so many hilarious lines that made me laugh out loud. I’m definitely going to watch it again some time. Just for laughs. Anchorman 2 was surprisingly more dramatic than the first one. It was still very, very funny, but I didn’t expect any “awww” moments. Like the bonding between Ron and his son, which in all seriousness their dynamic is pretty funny but I was still touched during their more ‘serious’ moments. I also didn’t expect Brick to have a romantic interest. My goodness, the man is hilarious. I don’t want to give anything away, but could anyone BE anymore awkward yet freakin’ funny at the same time. The way he courted his love interest almost made me pee my pants. Anyways, check out the trailer down below! 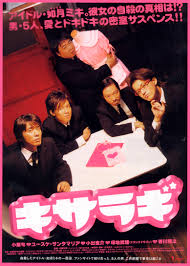 A while back I watched this Japanese film called “Kisaragi”. I absolutely loved this movie! It was different. The entire plot was not your usual asian movie storyline. There were a lot of awkward, random and funny moments. The entire movie was shot in one location; a small, crowded room. However, the movie was not dull or boring. It never failed to entertain me. The wacky and cute graphics that were used in the ‘flashbacks’ were pretty hilarious. It felt like a comic. It was just so unique and unusual. Everything that happened in the movie was just so unexpected and there were so many little twists! The revelations between the men were entertaining and it was fun to finally catch on to some of their little secrets that they kept hidden throughout most of the film. A great film to pass the time and thoroughly enjoyable. I definitely recommend!

Here’s a little bit of a synopsis:

One year after the suicide of C-list model Miki, five of her fans come together for a commemorative meeting: fan club leader Iemoto (Shun Oguri), Oda Yuji (Yusuke Santamaria), Snake (Koide Keisuke), Yasuo (Tsukaji Muga), and Ichigo Musume (Kagawa Teruyuki). Sitting down together for the first time, they reminisce about their idol, wondering how someone so bright and beautiful could have possibly taken her own life. It just doesn’t make sense. That’s when they reach a revelation – she must have been murdered! The five heatedly discuss her death, expressing their suspicions and weighing the many clues and possibilities. The more they talk, the more the case takes shape in their minds, and the closer they come to the truth.

Check out the trailer:

Not Another Movie Review
Blog at WordPress.com.
Loading Comments...